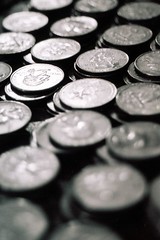 The pay gap between men and women in New Zealand is falling and is now 0.3 percent lower than last year.

In press release issued on October 4th the Minister of Women’s Affairs Jo Goodhew said that the latest New Zealand Income Survey released by Statistics New Zealand shows that the difference in pay levels between men and women in New Zealand has fallen to an all time low since records began in 1997, and is now at 9.3 percent, compared to a level of 9.6 percent last year.

Jo Goodhew also said that New Zealand needs to ensure that “…women at all stages of their working lives have good choices that will strengthen their ability to be economically independent.”

Commenting on the government’s commitment to ensuring pay equality, she explained that “…this Government is committed to ensuring New Zealand women are able to realise their economic potential by increasing the number of women in education, encouraging a broader range of education and career choices, and removing barriers to women’s participation in work.”