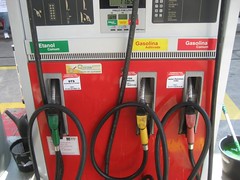 A move to cut the cost of petrol for consumers could see the government’s tax revenues drop by millions per year.

On November 6th the chief executive of Z Energy Mike Bennetts said that the company is currently considering switching its petrol mix to a blend with 10 percent ethanol, a move which would lower prices for consumers but could lead to a NZD 60 million loss in the government’s revenues.

Mike Bennetts said that if Z Energy switches to an ethanol blend, it will qualify for an exemption from excise duties in the ethanol content of its fuel, as is currently enjoyed by its competitior Gull.

The drop in tax revenues could be as much as NZD 150 million per year if all major petrol providers in the country switched to an ethanol blend.

The chief executive indicated that the company is now waiting for the government to confirm and clarify the tax rules regarding the taxation of ethanol fuel blends before Z Energy will make any decision on its petrol.