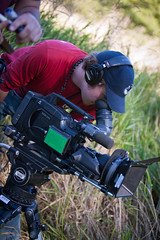 Responding to the Director’s comments, the Prime Minister of New Zealand John Key said that the government will not increase the tax incentives offered to film studies, as “…you can always have a race to the biggest incentive, but actually we’ve got to back ourselves on the quality of people we have, the flexibility of our crews, the nature of our scenery and the capacity for us to produce world class movies.”

The leader of the opposition Labour Party David Shearer backed the Prime Minister, saying that New Zealand should not hike its tax allowances, but did say that the value of the New Zealand dollar has a significant impact on the attractiveness of New Zealand as a filming destination.