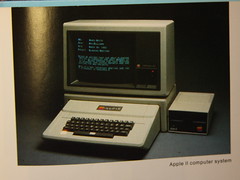 The Inland Revenue Department’s computer systems need an urgent upgrade, and the job could set taxpayers back by nearly NZD 1.5 billion.

On My 5th the Cabinet approved in principle a new project to redevelop and improve the IT system of the Inland Revenue Department.

According to the Minister, the project to upgrade the ageing system could cost as much as NZD 1.5 billion and may take up to ten years to complete.

The Minister explained that the computer system originally implemented by the IRD was originally designed to handle a simpler tax system, and, at the time, did not need to take into account student loans, child support payments, Kiwisaver or Working for Families, and while all the changes have been implemented into the current system, the IT infrastructure is stretched beyond its intended limits.

Over the next few months the IRD will release a proposal for the updated system, and will include details of the new system and a timeframe and estimated cost for the update.

Emphasising the importance of launching the upgrade, the Minister said that even since 2010 the IRD system has been “fully stretched” and “systems and processes were not able to sustain or improve tax collection or social policy disbursement”.