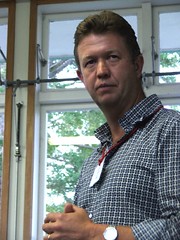 He added that the current tax policies of the Labour Party call for a more progressive income tax system, a move which he would be endorsing.

David Cunliffe conceded that he would not yet reveal the tax policies he would endorse, as “I’m not going to pre-empt the process of finalising our policy … but I certainly believe we need a more equitable society … we will finalise our manifesto and everyone who earns a fair share should pay a fair share.”