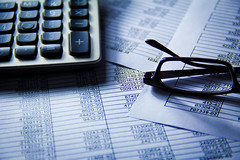 Explainign why the IRD chose to improve the PAYE system first, Todd McClay said that, in its current form, the PAYE system is “…is labor-intensive, often requiring double-handling and repeat contacts from IRD, thus making it a significant burden on employers”, making it “a… prime candidate for a makeover, and I’m really talking about an extreme makeover”.

It is envisioned that the improved system will make greater use of electronic submissions, and consultation on the upgrade is expected to be launched soon.