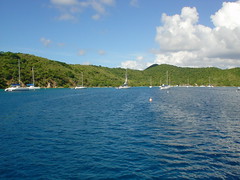 Russel Norman accused the government of upholding a double standard, saying “…we have a Government that is allowing the New Zealand Super Fund to use tax havens to avoid paying tax while simultaneously working to eliminate international tax avoidance through tax havens.”

Following the Green Party’s claims, the New Zealand Superannuation Fund released a separate press release, saying that the use of collective investment vehicles domiciled in tax-neutral jurisdictions was a legal and internationally accepted practice.

The collective investment vehicles used by the Fund pay income taxes at the source of profits, and the use of entities registered in tax-neutral jurisdictions is to prevent an extra layer of taxation when an investment is made by an international party.

The Fund also confirmed that New Zealand income tax is paid on the earnings received from the collective investment vehicles, regardless of their location of domicile.