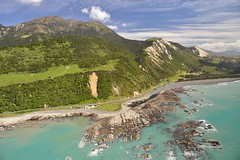 The Minister also noted that the Inland Revenue has opted to drop its own late-filling and late-payment penalties for anyone affected by the recent quakes.

Explaining the need to update the rules for those whose lives were interrupted by the earthquake, the Minister said “… normal tax rules do not take into consideration extraordinary events like last week’s earthquakes. For Kaikoura and surrounding areas, it is important we provide some more flexibility to reflect the reality of the situation they face.”