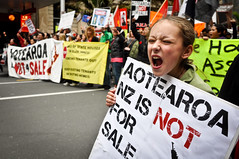 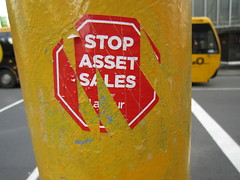 The delay is likely to push back the start of the asset sales, which were originally scheduled to begin in the middle of thi...

The sale of shares in Mighty River Power has hit a new snag, as the government prepares to go to Court to hear objections regarding the sale.

On October 23rd the Finance Minister Bill English announced that the government will delay the signing of the Order in Council for the partial sale of Mighty River Power.

The Order was postponed upon the advice of the Court, as an interim date of November 26th was set to hear the a challenge in the High Court to the sale from the Maori Council and the Waikato River hapu Poukani.

The sale of Mighty River Power is currently scheduled for March 2013.

Commenting on the upcoming delay to the Order, the Prime Minister John Key said that he expects the issue to reach the Supreme Court, but does not expect the final sale to be delayed beyond March 2013.

The government’s contentious plan to begin the partial privatization of some state owned enterprises has been officially delayed, after concerns were raised by the Waitangi Tribunal.

On September 3rd the Prime Minister of New Zealand announced that the government will delay its proposed sale of state-owned enterprises (SOE) and will not publically offer shares in Mighty River Power until at least the second quarter of 2013.

The Prime Minister explained that the delay will allow the government more time to consult with iwi on the impact that the partial privatization of state owned assets will have on New Zealand’s Maori.

The delay primarily revolves around a “share plus” proposal put forward by the Waitangi Tribunal, under which Maori groups may be granted extra shares or concession when ...