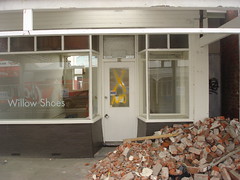 The government is instating more changes to the tax rules applicable to victims of the Canterbury earthquakes.

On August 6th the Minister of Revenue of New Zealand Peter Dunne announced that a new supplementary order paper has been released in order to addresses several tax issues concerning the tax treatment of taxpayers affected by the Christchurch earthquake.

The Minister explained that nearly 18 months have already passed since the major earthquakes in Christchurch, and the latest supplementary order paper shows that the government is still taking significant steps to assists those affected by the disaster.

The new paper tweaks the rules on tax depreciation roll-over rules in order to ensure that the function as originally intended by the government, and clarifying the rules regarding...

New Zealand is now examining the effect that the latest Christchurch earthquake will have on the national economy.

On June 13th the city of Christchurch was struck with yet another set of earthquakes, leaving the town facing even greater damage and devastation, and even greater rebuilding costs. The country is now looking to see what effect the latest events will have on the economic growth, what changes it might spur the government to carry out in the tax system, and what will be the impact to the ever rising costs of rebuilding the quake shattered town.

According to the international disaster modeling firm EQECAT, the cost of the latest earthquake could rise as high as NZD 6 billion...

The government is claiming that a new bill tabled in front of Parliament yesterday will provide “real and practical” help through the tax system to the people suffering from the effects of the Christchurch earthquake.

In a media statement issued on May 4th, the Minister of Revenue Peter Dunne revealed that the Taxation (Canterbury Earthquake Measures) Bill was tabled in parliament on the same day. Describing the intentions of the new bill, the Minister said, “…much has been said and written about the February earthquake. This bill represents concrete action to provide help that is both useful and practical.”

Peter Dunne explained that the New Zealand government is actively assisting the victims of the Christchurch earthquake, and the Inland Revenue Department has also made conces...

The Green Party of New Zealand has revealed the results of a recently commissioned survey which shows that a large number of New Zealanders are in favor of a temporary tax to help fund the cost of rebuilding Christchurch.

In a press release issued on April 4th Green Party Co-leader Russel Norman publicized the results of a recent survey aimed at gauging New Zealanders’ opinions on the best course of action to deal with the economic impact of the recent Christchurch earthquake.

The government has estimated that it will see a NZD 5 billion impact from the earthquake and arising recovery costs. The Prime Minister John Key has revealed that the sum will be met with a drastic decrease to national spending along with increased government borrowing...