The New Zealand Finance Minister has claimed that the upcoming decrease to corporate tax rates will increase the countries international competitiveness and economic efficiency.

On July 2nd Bill English, Finance Minister of New Zealand, praised the country’s planned corporate tax rate decrease. The statement came as a response to the Australian Government’s announcement that its national corporate tax rate will not be reduced below 29 percent until fiscal conditions permit.
According to Bill English, the New Zealand 28 percent tax rate, combined with previously announced Budget measures will aid national businesses with the incentives to invest and increase exports... 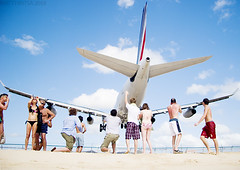 The comments were sparked by a speech given by Bill English, Finance Minister of New Zealand, in which he refuted the possibility of a GST-exemption system being created in th...

The New Zealand Government has reported lower than projected tax revenues for the nine months ending March 31st. The fall has been blamed on weaker than expected business activity.

On May 7th the New Zealand Government issued a statement revealing a 2.4 percent fall in tax revenues, compared to earlier Half-Year Update in December. The Government has revealed that it now expects tax revenues to be below previous expectations for the entirety of 2010, and perhaps also 2011. According to the statement the lowered tax revenues are due to decreased corporate income collections, and decreased provisional tax payments from individuals and source deductions...