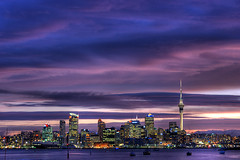 Dr Russel Norman claimed that the Green party’s new focus is best described as “Smart Green economics”, and is consistent with elements of Keynesian economics and elements of free market econom...

The Government established Tax Working Group has come into question by the Green Party.

According to a Green Party press release published on the 21st of October, Dr Russel Norman, Green party co-leader, has said that the government instituted Tax Working Group is “hopelessly compromised” and not an accurate representation of New Zealand society as a whole.

Dr Russel Norma’s objection centers primarily around the panel’s inclusion of John Shewan, a former Westpac Bank advisor. According to Dr Norman “The recent outcome of the High Court case in Auckland involving Westpac shows that members of the group set up to reform the NZ tax system have been actively involved in promoting tax avoidance to assist overseas-owned banks”.

According to the press release, the composition of the Ta...

Leader of NZ First Winston Peters has put forward the proposition that the Government owned Kiwibank be privatized.

In a speech given in Tauranga on the 20th of October Winston Peters, proposed that the Kiwibank be used as stand-alone commercial bank, separate from the Government. Further to his plan, the bank would handle of the Government’s business, which he valued at $55 billion, and the shares in the bank could only be held by New Zealanders. Winston Peters claimed that this would help profits from this activity stay in New Zealand and force interest rates to lower.

It would seem that this plan has been forming for at least a week, as Winston Peters hinted at revolutionary measures to reduce interest rates while at a speaking engagement at Waikato University a week earlier.

According to statements from Finance Minister Michael Cullen made during a television interview on the 19th of October, the newly proposed bank guarantee scheme could soon be extended to wholesale deposits.

As it stands at this moment in time, the proposed retail-banking guarantee scheme does not extend to funds attained from international wholesale markets. According to Michael Cullen the government has been looking at the possibility of making this a reality, although since the New Zealand banking system was not undergoing any sort of crisis at the moment, they have to time to properly create and implement appropriate measures.

Concerns arise with the proposed scheme whereby it would seem that it would give virtual monetary guarantees to offshore stakeholders, effectively transferring ...