A tax adviser has been sentenced for a tax evasion scheme involving fictitious property sales and a series of fake businesses and invoices.

On October 14th the Inland Revenue Department issued a statement announcing that a tax advisor from the Lower Hutt who has been accused of tax evasion has now been sentenced to 10 months home detention for his actions.

Patrick John Renshaw constructed a web of fictitious transactions between a series of related entities, which were invoiced but with no payment or service actually taking place, ultimately allowing the en...

The IRD is recovering NZD 3.73 for each dollar spent on tracking down and investigating tax fraud in New Zealand.

On December 3rd the Revenue Minister Todd McLay issued a new statement showing that the IRD’s efforts to crack down on tax fraud are paying off, having resulted in a greater number of uncovered and a positive return on investment.

Over the course of the 2014 financial year the IRD uncovered NZD 10.4 million of tax fraud committed in New Zealand, compared to a level of only NZD 4.5 million in 2013.

According to the Minister, the uncovered tax fraud represents a return on investment of approximately NZD 3.73 per dollar spent on enforcement.

Many of the uncovered cases of tax fraud revolved around Working for Families Tax Credits and personal tax summaries, and involved the u... 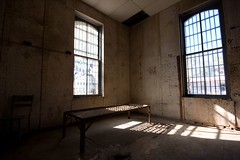 The former employee of the IRD, Anita Gail O’Connor, worked for the Department between 1992 and 2009, and is alleged to have used client data to falsely receive tax credits and welfare payments, and to open bank accounts under false names... 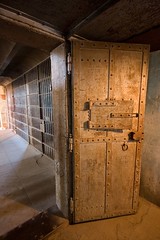 An Auckland based accountant has been sentenced to two and a half years of jail time, after being found guilty of committing or being connected to 74 charges of tax fraud and evasion.

James Colin Raea has been a member of the New Zealand Institute of Chartered Accountants for 12 years, in that time he has allegedly been personally involved in tax fraud worth NZD 312 600, and an additional NZD 864 049 through companies he was involved with. Recently, at the Auckland District Court James Colin Raea admitted to 41 charges involving Goods and Service Tax (GST) and income tax, and sixteen similar charges for a company in which he was the sole-director. James Colin Raea chose to defend himself against an additional 31 charges, but was still found guilty.

James Colin Raea is alleged to have comm...