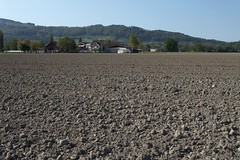 Some farmers in New Zealand will soon breath a sigh of relief, as the government eases their tax filing obligations.

Late last week the Minister of revenue Peter Dunne announced that the Inland Revenue Department will grant some concession to tax filing obligations to farmers operating in the drought stricken Northland region.

The Minister announced that the provisional measures for farmers will allow them to make late deposits for the 2012 income year for the income equalization scheme, and will also allow for early refunds to farmers.

Explaining the reasons behind the decision, the Minister said that due to the droughts, farmers are likely to be facing some financial difficulties now and in the near future.

Due to the similarly dry conditions faced by some other farming regions in New Ze...

The tax relief package introduced by Parliament on the 10th of February has passed through its final stages of Parliament approval and requires only Royal assent.

The business tax relief package which was introduced by the National led Government and aimed at bringing tax relief to the small and medium enterprises (SME) of New Zealand, has been passed through parliament. According to Revenue Minister Peter Dunne, the 96% of New Zealand businesses which are SMEs will find this package useful in weathering the current economic downturn and also in easing up some cash flow problems that they might be experiencing.

If the package receives Royal assent from the Governor General, it will include changes like the removal of the 5% increase in Provisional Tax estimates, along with changes to some...