The cost of having employees in New Zealand grew by 2.6 percent during the last year.

On October 19th Statistics New Zealand issued a press release on the national Labour Cost Index, with estimates of the rising cost of paying employees in New Zealand.

According to Statistics New Zealand, the cost of labour rose by 2.6 percent in the 12 months ending June 2012, with a 2.0 percent increase in salary and wage rates, and growth of 5.9 percent in non-wage costs, such as annual leave, statutory holiday costs and, superannuation costs.

The cost of employees annual leave rose by 2 percent, in line with the rise in the cos...

The National Party is looking to make an extensive set of changes to the country’s welfare system for young benefit recipients.

The National Party has revealed its new plans for reforms to the youth welfare system. The proposed changes were outlined by Prime Minister John Key in his keynote address to the National Party’s 75th conference, held in Wellington on August 14th.

Starting from next year the governments wants the country’s schools to report when students leave schools. The information would be shared between the Ministries of Education and Social Development. The move is intended to provide the government with conclusive and detailed statistics on the economic and social situations of young beneficiaries.

John Key said that he envisions that the benefit payment system wou... 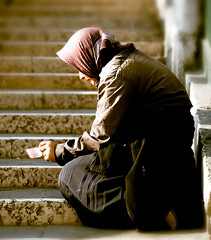 Controversy is rising over the National Party’s proposed plans to reform New Zealand’s welfare system, with supporters claiming that the proposed changes will lead to a reduction in crimes.

On May 31st the National party revealed a centerpiece in its election year campaign promises, saying that a wealth of significant changes will be carried out to the welfare system of New Zealand. Prime Minister John Key said that the party has taken a policy stance of “if you can work, you must work” in relation to welfare support.

The National Party intends to pursue reforms in line with recommendations put forward by the Welfare Working Group in February this year...

Latest Government figures show that the number of New Zealanders receiving a Government benefit is below previous projections.

On June 14th the New Zealand Government revealed that despite increasing by 0.6 percent during the month of May, the number of benefit receivers in the country is still below forecasts. According to Paula Bennett, Social Development Minister of New Zealand, stated that total benefit numbers increased by 1 887 in May, although 7 121 individuals previously on the found employment in the same period.

Paula Bennett elaborated on the figures, saying that the increase consisted of 729 extra people receiving the sickness benefit, 342 extra individuals receiving the Dependant Parent Benefit, and 391 who now receive the Unemployment Benefit...