Employment levels in Ne Zealand have reached the highest level in more than 5 years, and, in addition, average wages have also risen over the course of 2015.

In a new press release issued in February 3rd Statistics New Zealand has shown that the unemployment rate in New Zealand over the quarter ending December 2015 has fallen to the lowest level since March 2009.

The current unemployment rate is now estimated to be approximately 5.3 percent, down by 0.7 percentage points compared to the previous quarter.

The unemployment rate is also 0.5 percentage points lower than during the December quarter in 2014.

However, while unemployment has fallen, the rate of employment has also undergone a dip, now sitting 0.6 percentage points lower than a year ago, but 0...

The New Zealand labour force is set to see a sizable boost in the next two decades, but the growth rate will decrease over the long-term, according to new information released by Statistics New Zealand on December 17th.

The high levels of migration and the fact that a greater number of Kiwis are working to an older age means that in the short term the labour force will strong upwards pressure.

Currently, the approximate size of the labour force is estimated to be 2.5 million people, although this will rise to 2.7 million in 2023, and 2.9 million by the mid-2030s. 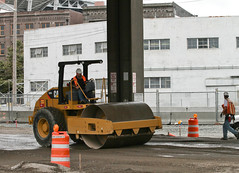 More and more New Zealanders are not in full time employment, and joblessness has hit the highest level in over a decade.

On November 8th Statistics New Zealand released Household Labour Force Survey report for the September quarter, showing that unemployment levels in New Zealand had reached 7.3 percent, compared to a level of 6.8 percent in the previous quarter.

Approximately 13 000 more people were unemployed in the September quarter than in the previous three months, with 10 000 more men and 3 000 more women without work.

The number of people in employment also dropped by approximately 8 000 individuals. 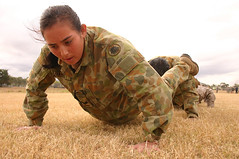 According to John Key, the Limited Services Volunteer (LSV) is “… unique mix of fitness, personal presentation and other employment-focus...